Why Are Chord Arpeggios Important 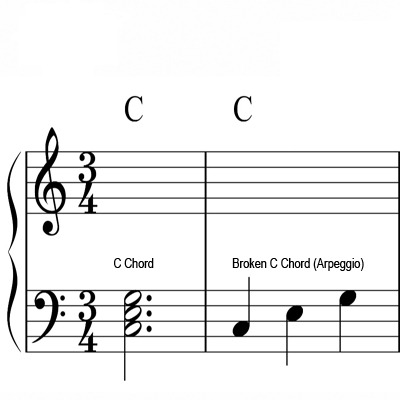 What Are Chord Arpeggios

Chord arpeggios or arpeggios are the notes of a chord played one at a time. They are sometimes referred to as broken chords

When practicing chord arpeggios you normally start with breaking up a chord and playing the chord notes in order, for example, Root note, 3rd, 5th and\or 7th for a Major 7th Arpeggio

Most arpeggios will start from the 3 notes that form a chord, it is possible to play more notes depending on the number of notes that make up the chord you are trying to play

Why Chord Arpeggios Are Important

The good news is that you can still achieve all these great points by playing your favorite pieces and going through your method book exercises, however practising arpeggios does gives you a more targeted approach therefore you should incorporate arpeggios as part of your daily practice

Are Chord Arpeggios Really That Important

However if you’re like me, you’d probably much rather take a piece of music with a specific technical difficulty and strengthen your technique that way

Now I’m not suggesting that you ignore arpeggios altogether as I practice them myself. My recommendation is to incorporate it as part of your daily practice (perhaps %10 of practice time) and to ensure you know why you’re doing them