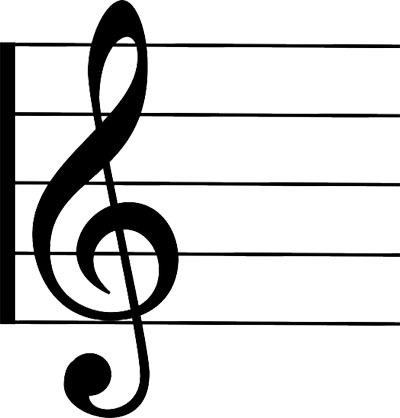 Trebel Clef or Treble Clef What is it

Instruments that use the Treble Clef (G Clef) are:

It is also used for the guitar, which sounds an octave lower than written, as well as the euphonium and baritone horn, both of which sound a major ninth lower.

It is also sometimes used, along with tenor clef, for the highest notes played by bass-clef instruments such as the cello, double bass (which sounds an octave lower), bassoon, and trombone

Treble Clef is used for the soprano, mezzo-soprano, alto, contralto and tenor voices.

When sung, a tenor singer will sing the piece an octave lower, and is often written using an octave clef or double-treble clef.

The Trebel Clef correctly spelt Treble Clef is represented by the following symbol: 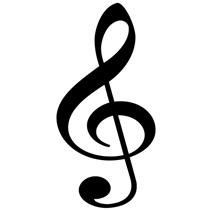 When you see the G clef on music, the lines and spaces represent the following notes:

**This is only an example, more notes can appear ** 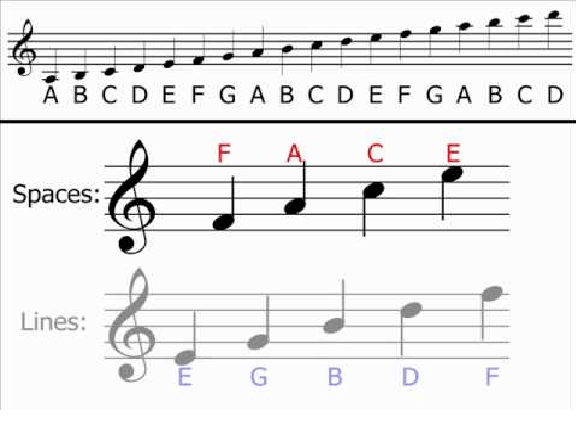 Where did the Treble Clef originate from?

No one really knows who invented this useful clef however we may get some idea from the following:

The history of Western musical notation describes an effort toward the development of a simple, symbolic representations of pitch and rhythm

It begins near the end of the 9th century when notation for the Plainsong of the Western Church, better known as Gregorian Chant, was first recorded with “neumes”

At the end of the 10th century, musical scribes increased the precision of his early notation by introducing a horizontal line to indicate a base pitch

The pitch of this line was indicated by a letter at its start, typically F or C and, as higher range songs become more common, G

Neumes were no longer relative only to one another, but to a standard

I hope you have found this useful

Feel free to leave comments or questions below