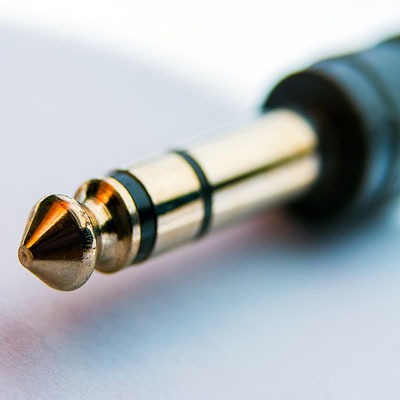 For a lot of guitarists, lead guitar is often thought of being quite mysterious, ‘how do they know which notes to play’

What is Lead Guitar

Let’s start from the beginning

Using the band as an example, each guitarists has a different role

For example in Rock music it’s common to have 3 guitarists in a band, The Bass Guitarist, The Rhythm Guitarist and the Lead Guitarist

They play a Bass Guitar which has only 4 strings

They play a normal 6 string guitar

They too play a normal 6 string guitar

A well rounded lead guitarist has good knowledge of the fretboard, patterns, chords and key signatures so they can not only play notes but can alternate chord voicings to the rhythm guitarist.

If you want to learn how to play lead guitar well, you’ll need to know the fretboard, patterns, chords, arpeggios and key signatures

What Does A Lead Guitarist Do

Lead Guitarists will generally contribute to a song by playing a solo, but there’s much more to the role than just solos

As a Lead Guitarist you’ll need to be able to contribute throughout an entire song. Not just in the solo

And not just with single notes, but with riffs, licks, arpeggios, triads (chords) and effects. Lead guitarists have a wide and varied choice of tools.

Feeling Overwhelmed On how To Play Lead Guitar?

Learning how to play lead guitar can seem daunting, but it’s great fun and like any challenge you just need to understand the basics

In a nutshell, a lead guitarist plays notes that sounds good with the other music that’s being played.

What Information Does the Lead Guitarist Need To Know

These things can be figured out quickly. I’ll explain later on how to do do

With this information the lead guitarist can:

The Key of A Song

Music is made up of multiple key signatures

As a lead guitarist, once you’ve identified the song’s key, you can simply play away in the scale that complements the key. (We’ll cover scales later in this guide.)

Some notes will sound better than others, but your worst case is that you’ll sound just fine

How To Identify The Key Of a Song

Here’s a simple method to identify the key of a song: 95% of the time

The key of a song is either the first or last chord.

If a song starts and finishes with the chord of C, then the key of the song is C. (Or to use its full title, “C Major”.)

If a song starts and finishes with the chord of Cm, then the key of the song is Cm.

What if a song starts or ends with a 7th chord?

Once again: 95% of the time the key of a song is either the first or last chord.

Lets look at an Example

Can you tell me what key this song is in?

You can ignore the notes in this example, you’re only concerned with the chords

What if the first and last chords aren’t the same

Try both scales of either chord

Try the last chord first, as it will usually be the winner. Either way, you have a 50/50 shot at getting it right and you will quickly eliminate the wrong one

Are there other ways to work out a song’s key

Yes. There are loads of other ways to identify a song’s key

But for a beginner, it’s not really worth worrying about. (95% of the time, the first chord/last chord method above will work just fine.)

If you’ve correctly identified the song’s key the next step is to play the scale for that key.

If each note of the scale sounds ok over the song, then you nailed it. Well done!

While learning how to play lead guitar you must remember this: There are no absolute rules in music

About 90% of pop, contemporary and rock songs remain in one key for their entire duration. With Jazz and Blues sometimes being the exception

Raising a song’s key during the outro is a common technique in pop music, but key changes are usually much more subtle than this type of ‘global’ raise

Sometimes, a song may switch key entirely for a bridge or chorus section and revert back to the established key during the verse

Every piece of music is different and that variety is a big part of the joy of music. It’s all part of the fun

Understanding what scales are essential if you want to start to play lead guitar.

You don’t need to be a master. You just need to know the basics.

What is a Scale

In theory you could also pick a bunch of random notes and call them the ‘random scale’ if you wanted.

There are two established scales that prevail and that music theory is based on.

If you want to learn how to play lead guitar you need to know both.

The two scales every lead guitarist should know

There are two scales that you MUST know if you want to learn how to play lead guitar:

The major scale
The minor scale

Both of these scales have 7 different notes in them.

The example below is the C scale 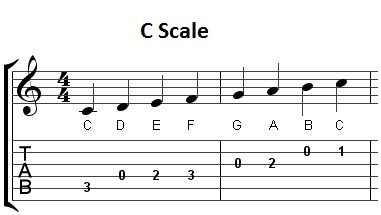 example of chords that belong to the key of C are:

To make things easier these scales can be represented as patterns

For those of you who don’t want to learn notes on the fretboard, scale patterns are your answer

Let’s put it into practice

I’ll only cover the Major Penatonic Scale. You’ll be able to apply this theory to other scales and the Minor scales

The image below represents the Penatonic Scale of the Major Keys

You can see there are 5 patters to learn, each with a different starting point (root note)

The solid circles in the diagram are the root notes

Let’s Put it into Practice

Now, we will need some knowledge of the fretboard to find our starting point

This means we’ll need to know some notes

Or if you want variety you may also use pattern 1, once again referencing my fretbnoard diagram we discover that there is a C on the eight fret of the sixth string

So we do the same thing again, we learn the pattern and voila you can use this pattern over any chord progression that is in the Key of C

I hope you have found this article useful

I’d like to now remind you as you continue your guitar learning journey of the facets that contribute to being a great lead guitarist, they are: